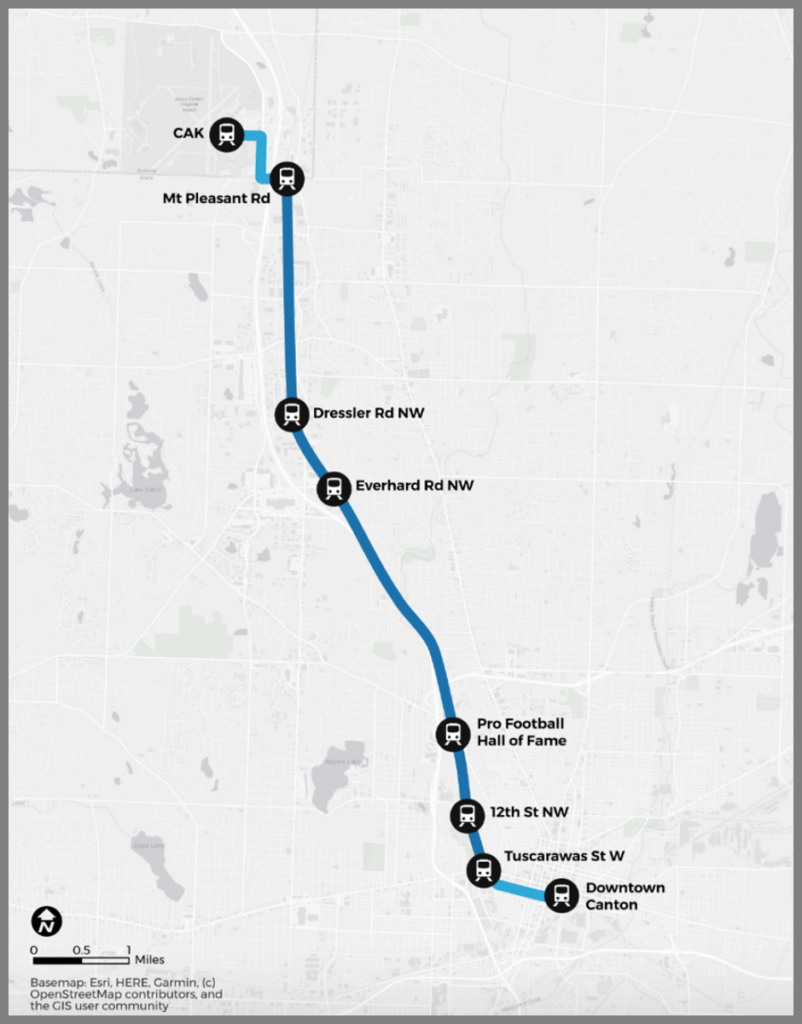 SARTA is holding public meetings this month and next to discuss a proposed 9.8-mile, 8-station streetcar project that would link downtown Canton, the Pro-Football Hall of Fame and Hall of Fame Village, Belden Village area, and Akron-Canton Airport. (An online survey is also available.) Most of the route would use former Wheeling and Lake Erie Railroad track that runs along West Branch Nimishillen Creek and I-77, between downtown Canton and the Summit County Line (see map above). SARTA said the line, currently owned by Akron METRO RTA, supports two freight trains per week, and “could be used by streetcars with only minimal improvements.” One mile of new streetcar track would be built to cross the downtown area, with a second mile added to connect from where the rail line crosses Mt. Pleasant Road, at the Stark County Line, to Akron-Canton Airport. The proposed line would allow riders to transfer to and from SARTA buses.

SARTA said its “consultants are now analyzing the feasibility of the proposed project, estimating the project’s costs, the number of riders it would attract, and other potential impacts and benefits.” Results and next steps will be reported during public meetings in September, according to the agency.